The time has come to stand tall and wave goodbye to the amazing Matt Horsfield who has spent the last ten years pouring 199% of his time into Harvey Nichols Manchester as he guided the establishment on a culinary journey which has been amazing to follow.

Along the years Matt has been a true Delifresh warrior, and we thank you for the engagement on all our platforms and most of all the embracement you have given for the seasons.

Matt, we wish you all the best in your future mission make sure you keep in touch with all things delifresh and glide back to the refresh often...

Wipe The tear Away From Your Eyes Now 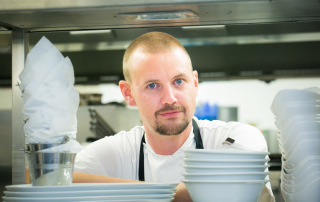 Wednesday 3rd October saw the final of the Casual dining magazines national pizza awards 2018. Finalists congregated at the Islington Metalworks, London where 15 of the country’s best pizzaiolos from Liverpool to London battled it out for the crown of National Pizza Chef of the year and National pizza of the year.

Chefs cooked live where they were judged by an esteemed panel of judges on their signature pizza, technical pizza and a mystery box of ingredients.

After a long hard-fought day, Tre Ciccio’s Luigi was crowned ‘National Pizza Chef of the Year 2018.’

Tre Ciccio only opened in February this year and with-it being Luigi’s first competitive competition the team are delighted with this accolade and are excited for the future especially considering the imminent new openings of Tre Ciccio Bramhall late October this year and Tre Ciccio Ramsbottom early 2019. 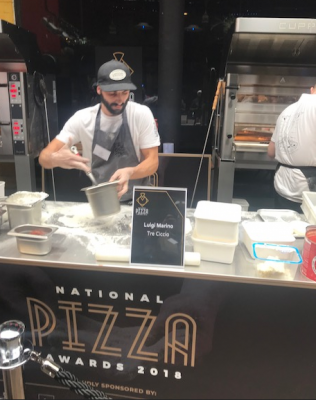 If you have a kitchen video you want to share then upload it below !!!!

It could be a dish in creation, it could be a delivery being made (Wink) It could even be a most radical video of your team just simply slide on here and upload your content.

We will do the rest and share with the world !!!!