Norman is a long established Delifresh warrior who most certainly creates some magical seasonal creations with great flair and attention to detail.

The Grand Hotel is a most marvellous establishment offering guests a touch of Yorkshire in every corner, this magical establishment was originally built in 1906 as a ‘Palace Of Business’ for one of the most powerful railway companies in Edwardian England.

With no expense spared in the pursuit of luxury, The Grand now boasts some of the finest rooms, event spaces and conference facilities in York along with remarkable food in all areas of the hotel.

Norman we are excited to be working closely with you in your new venture as the team champion the North to its full over the coming months.

Next time you are in York make sure you glide in and say hello. 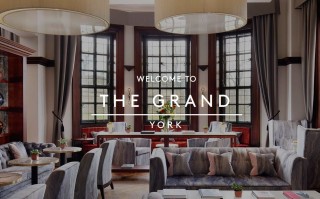 If You Have News You Want Us To Share | Get In Touch...

If you have a dream around offering a segment perfectly cut and packed with flavour and zero PIFF then you need to watch this crazy short video from Chef Steps.

Give it a watch it may change your life!!!